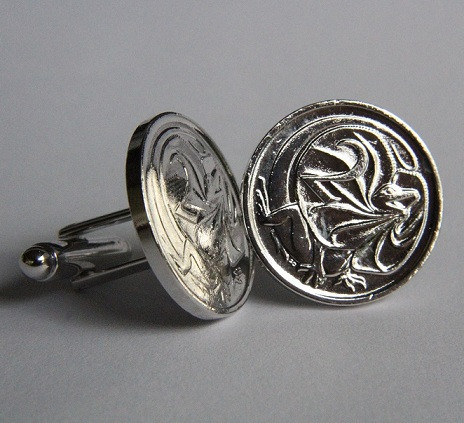 Fashion for the esteemed gentlemen and the ideal present for a loved one to commemorate that birthday or anniversary in 1982.

These 1982 2 Cent coin cufflinks are an ideal gift to celebrate birthdays for people born in 1982, wedding anniversaries from 1982, son’s and daughter’s being born, retirements or other important events.

Here are the upcoming birthday’s that people who were born in 1982 will celebrate over the next few years:

1982 was a truly special year – here are some historical events that happened in 1982:

Most Popular Movie in 1982: E.T. The Extra-Terrestrial

Most Popular Book in 1982: The Color Purple by Alice Walker

Most Popular Television Show in 1982: 60 Minutes

3 April – After almost 27 years in power, the Liberal/National coalition government is voted out in Victoria & is replaced by the ALP
11 May – High Court upholds the Racial Discrimination Act 1975 in Koowarta v Bjelke-Petersen, effectively extending Commonwealth power.
15 May – In the middle of the Franklin Dam dispute, the Labor government of Harry Holgate is voted out in Tasmania & replaced by the Liberal Party, led by Robin Gray.
12 October – Elizabeth II opens the new building of the National Gallery of Australia in Canberra